The Association of African Entrepreneurs (AAE) is a member based community to gather people and support African businesses grow around the globe.

What the mission objectives are?

With a population of more than 24 million people1 and a GDP per capita equal to US$ 3,100 in 2011,2 the Republic of Ghana presents high levels of unemployment especially among youth and women. It is in particular estimated that about 28.5% of the population lives below the poverty line, 3 accounting for a number of unemployed equal to 1009 people in 2000.4. Of these, about 60% can be found in 15-24 years age group with a larger percentage recorded among women. 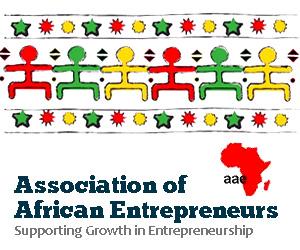 Entrepreneurially minded people in Ghana who chase after their dreams of uplifting their standard of living and in the process help alleviate poverty within their community with the assistance of the Association of African Entrpreneur’s (AAE) programs, as it is of AAE in its unrelenting pursuit of its dream to empower entrepreneurs by providing access to resources like education, training, mentoring, knowledge sharing, networking and linkages services ever since it started operations in 2001.

Some of Ghana’s young graduates have successfully got into jobs and self-employment, with or without support from their parents, friends or acquaintances. We are happy for them and we congratulate them. Some got their jobs through the “who-you-know” option; some worked their way into the “in-for-a-period-out-for-a-season” cycle while others are stuck in the under-employment lane. The bottom line is that we now have 75,000 unemployed young graduates (www.gebssghana.org), with little hope, no resources and nowhere to go. So what are we going to do about it? Leave them as statistics? Well, if we do then we have failed to take care of the future, because like it or not, the youth are the future .